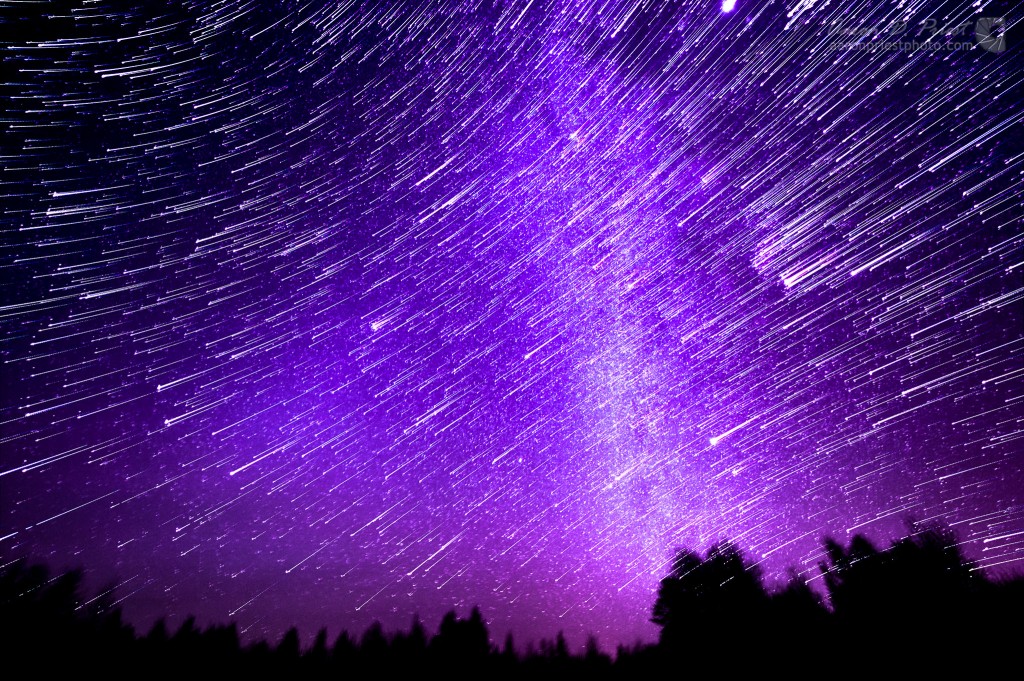 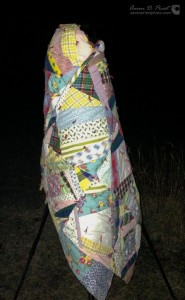 Camera and lens wrapped with hand warmers, scarf, and blanket

A few nights ago I set out to shoot a time lapse video of the Leonid meteor shower and the Milky Way because it was a dark, moonless night at the peak of the meteor shower. I setup the Nikon D700 and my favorite 14-24mm f/2.8 lens with a Promote Control, freshly charged batteries, large memory card, and wrapped it all up nice with hand warmers, heavy wool scarfs, and blankets to keep the batteries warm and prevent frost on the lens. Leo didn’t rise above the treeline in my back yard until 12:30 AM or so, and astronomic dawn was 4:53 AM. By 12:57 AM I had a good time lapse running. I chose a 30 second exposure at ISO 3200, f/2.8, 14mm with a 2 second gap between exposures. I shot 30 dark frames with the lens cap on once the time lapse was running to use for noise reduction and hot pixel removing in post later. It’s important to capture the dark frames in the same shooting conditions andÂ temperature as the light frames, so I did this after everything was wrapped and the temperature of the hand warmers inside stabilized.

I didn’t see very many meteors while the camera was clicking away. Around 2:03 AM heavy clouds started rolling in which ruined any chances of photographing meteors. Out of the 120 frames I’d captured before the clouds, only ONE of them had a meteor. I was very disappointed when I looked at my footage later that morning. However, I let the camera keep shooting just in case the clouds made an interesting time lapse. The camera ran until 5:34 AM taking a total of 512 photos before the batteries were exhausted. When I brought the camera in around 6AM and pulled out the memory card it was not cold, so the hand warmers and wool had done their job.

While I didn’t get any great shots of the Leonids, I did get some good footage of the Milky Way before the clouds set in. So I decided to make my own meteor shower out of star trails! For the background image, I carefully aligned and stacked 6 photos in DeepSkyStacker for a total exposure of 184 seconds. Noise reduction was done from the 30 dark frames I’d shot at the beginning of the time lapse with the lens cover on. At such a wide angle, the stars at the outer edges of the frame wouldn’t align perfectly, but that’s OK because I was going to add some star trails to it anyway. I couldn’t use more than 6 frames and get good alignment results on the stars, and the trees were already getting fuzzy outlines.

After I had a good background image I added some star trails from the first 60 frames of the time lapse (about a 30 minute exposure) with a custom action I programmed in Photoshop. A lot of work went into selecting just a few of the brightest stars and making the trails fade out like meteors, with the brighter stars having longer trails than the dimmer stars so they wouldn’t wash out the Milky Way in the background. I think I’ll keep my technique a secret for now though. ðŸ˜›

These images can be purchased through Smugmug here:
http://galleries.aaronpriestphoto.com/Night/2012-11-17/