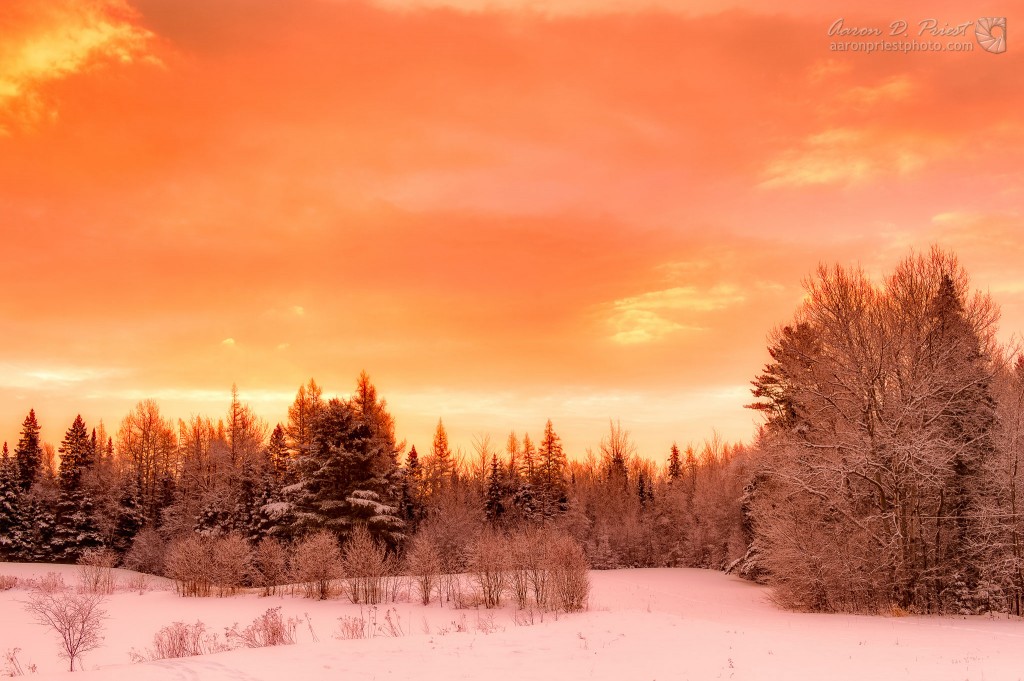 This is a short timelapse of a beautiful sunrise over my frozen pond. When I set the camera up, it looked like something special was about to happen with everything glowing pink and orange, then it just went back to gray again. Sometimes you just don’t capture much. đź™‚ The video looks best in 1080p or 720p.

This is made up of 4,396 images taken over a 52 minute time period. I set the camera to take a bracket of 7 images every 5 seconds for an HDR timelapse until the 64GB memory card was full. 38mm, manual focus, aperture priority at f/8 for depth of field, auto exposure for the changing light, Â -2/3EV exposure compensation to hold the highlights in the snow and sky, 1/4 to 1/1000 shutter speeds, and ISO 200 to 1250.

Deflickering was done with LRTimelapse in two passes. The first run was on the RAW HDR brackets before exporting from Lightroom and fusing with LR/Enfuse. The second run was on the finished HDR images converted to DNG for LRTimelapse to treat them as RAW files again (since exposure fusion isn’t exact on every image). Then I exported the deflickered DNG files as JPEGs with sharpening, etc. to render as a 4K timelapse movie.